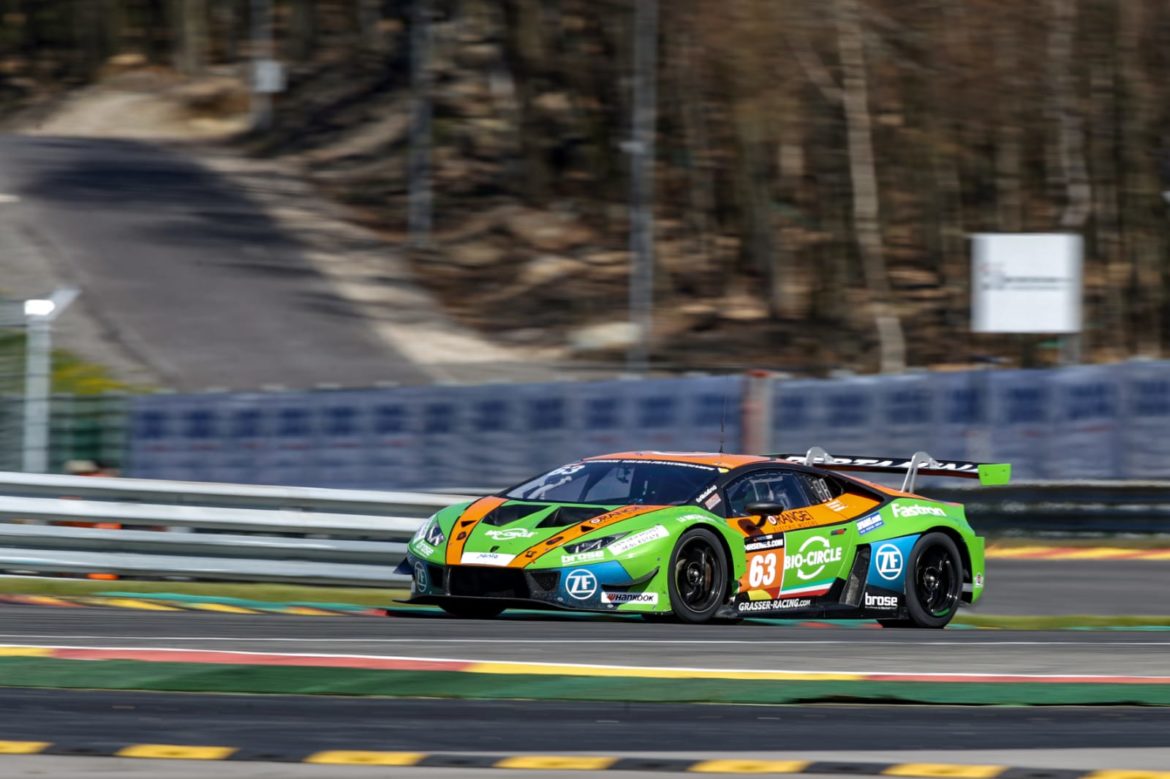 Stefano Costantini returns from SPA with a mix of feelings: on the one hand satisfaction for the excellent pace shown in the race, on the other hand enormous bitterness for being involved in an accident that unfortunately compromised the race of the Lamborghini Huracán EVO # 63 of the GRT Grasser Racing Team.

The decisive moment of the 12-hour SPA for Rolf Ineichen, Christian Engelhart, the factory driver Mirko Bortolotti and Stefano Costantini took place around the eighth hour of the race, right in one of Stefano’s driving stints.

The Roman driver, having left the pits in first position closely followed by the Scuderia Praha’s Ferrari 488 GT3, is passed while the tires had not yet reached the ideal temperature and pressure, but in the next lap, with a manual maneuver, he get the first position again and immediately start taking several meters ahead.

Unfortunately, a few minutes later the episode that will decide the race takes place: Costantini in the straight line overtakes a BMW but the driver, perhaps by mistake, moves to his right and hits with Stefano’s left rear wheel, causing a serious damage.

Costantini immediately returned to the pits and the mechanics, although extremely prepared and fast, had to work a long time on the car in order to be able to put the Lamborghini back into racing conditions, losing about ten laps.

However, the crew finished the race in eighth place proving that without that unfortunate episode it could have fought for the victory.

“The episode in which I have unfortunately been involved, does not however cancel the excellent performance of SPA.

During my driving stints I drove always having a good pace and I am sure that without that unfortunate contact we could have fought for the overall victory. When I saw that BMW, which probably hadn’t noticed the overtaking, was moving to its right, I even put two wheels on the grass to avoid contact.

When I was hitted the world collapsed on me, and slowly returning to the pits, I hoped it was only a problem with the tire.

Unfortunately, the mechanics immediately realized that the damage was seriuos and took the car inside the box to be able to repair it.

I know how important it is to avoid possible accidents or mistakes that can compromise the weekend in an endurance race: in the recent 24H of Dubai I drove for about ten hours taking the car to the finish line without even a scratch.

I really want to thank the team for their excellent work: the GRT Grasser Racing Team has become part of my family and has given us a perfect car. I also sincerely thank Rolf Ineichen, Christian Engelhart and Mirko Bortolotti, who gave me valuable advice that certainly helped me grow as a driver. If there will be another chance in the future, I will repay their trust with another performance that matches their expectations and those of the team.” 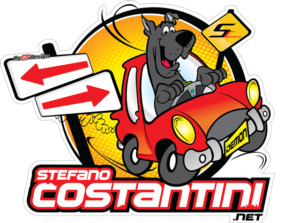